Shortly after running the latest version of Remmina a new message “certificate changed” popped up.

Several posts on the web say that files in the folder ~/.freerdp/certs should be removed .. but this folder does not exist on my machine.

Others say they changed the RDP security from Negotiate to RDP .. but this also did not work for me.

Finally a blog post got me on the right track – there the programme xfreerdp was run via command line with the parameter /cert-ignore – this very parameter Ignore certificate can be configured right in Remmina . 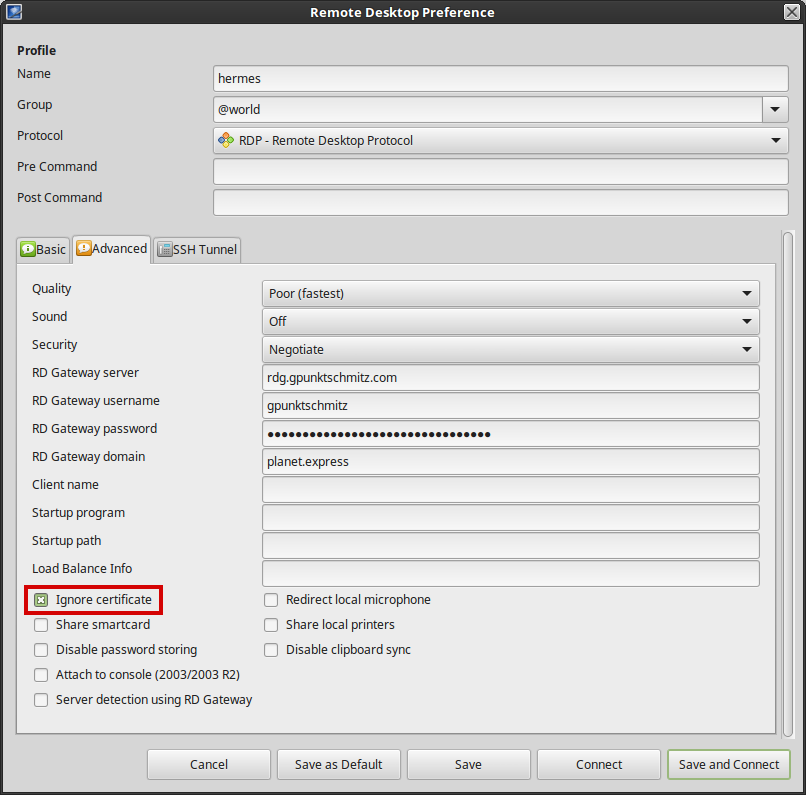 Previously I was starting a Windows VM to do nothing else but connect to other Windows machines or VMs using Remote Desktop Gateways. Several weeks ago I was asked why I don’t use Remmina as it uses FreeRDP and this has the feature implemented. With a quick search I found an answer (from 2014) that I would have to compile FreeRDP myself. It was also mentioned that there was a feature request on the Remmina GitHub repo which one should upvote. There I found the information that it was already implemented …

So I double-checked if I was running the current version of Remmina. The Linux Mint Update Manager also did not show any updates.

The wiki mentions that there is an official PPA for Remmina 1.2 which one can add and install the latest PreRelease with the following commands:

After updating Remmina with the latest PreRelease I can now successfully connect using RDG without firing up a VM every time. 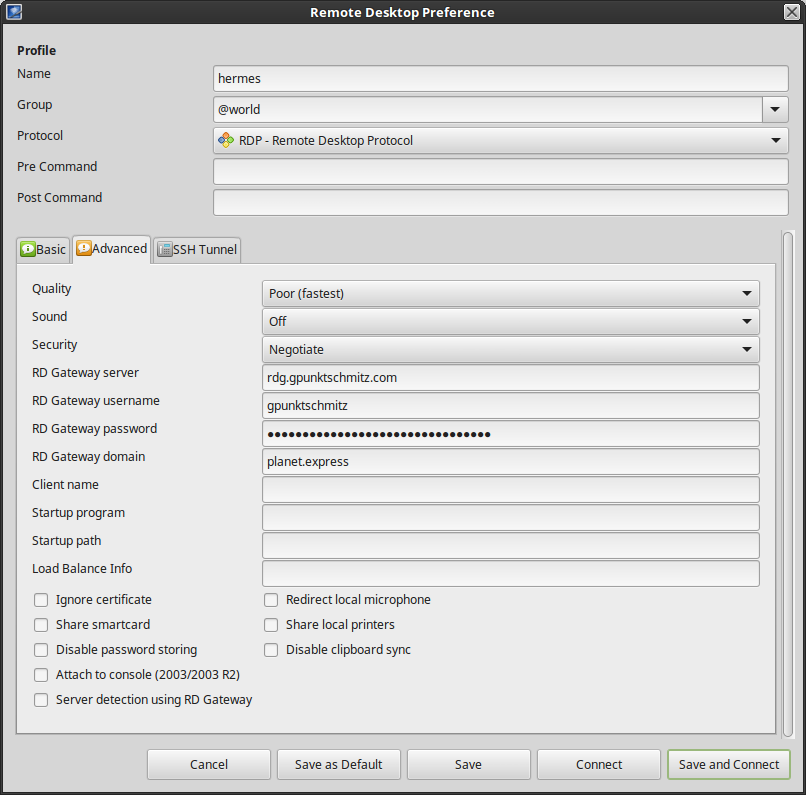 after trying grdesktop, vino and vinagre .. which all worked but you had to use one program for each protocol .. i was looking for something similar to http://remotedesktopmanager.com …

finding this blog entry http://blog.computer-tipps.info/2010/12/07/remmina-fernwartung-aus-einer-hand/ showed me that there is a programme to do just what i wanted …

to add it to the taskbar right-click on the taskbar, choose “Add to Panel…” and select “Remmina Remote Desktop Client Applet”