I have been using video files with videoconferences for quite some time now and recently I also put it into a push-to-talk script. Only with Jitsi Meet it never worked – no matter which browser I tried – none could access my “webcam”. Today, after another naive search, I came across this github issue with the solution for Chrome.

You have to set the flag exclusive_caps to 1 when loading the module.

Lesson learned from the presentation “How to Position Yourself for the Future” with Jeffrey Snover and Jason Helmick (from the Q&A session at 1:01:17): you can add a prefix to the commands of a module when you import it!

In the Q&A session a guy from audience mentions that a PowerShell module (presumably PowerCLI from VMWware) breaks other PowerShell commands as there are Cmdlets/functions named like core or other modules Cmdlets.

So if you import the PowerCLI module it will provide you with the command Get-VM, which is a good idea if you want to manage virtual machines on vSphere, but nowadays you might also have a Hyper-V server you want to manage from that very same computer (maybe using RSAT) which also has the Cmdlet Get-VM. So now it is no longer possible to manage virtual machines on the Hyper-V servers (at least to run the Cmldet Get-VM against Hyper-V) unless you remove the PowerCLI module from that PowerShell instance (or specify explicitly that the command should be the one from the Hyper-V module).

It is not very likely that VMWare will change their commands anytime soon to not overwrite/conflict with other Cmdlets/functions. So what could you possible do manage both hypervisors within one script?

You can import the module which breaks your code with the parameter -Prefix.

Let’s see how this works. For demo purpose I will use the BitsTransfer module.

So importing the module “as usual” and getting the available commands gives you just what you expect.

But importing it with a prefix will add this very prefix to every command (after the verb-) of that module.

Very cool feature I did not yet know about.

When I use Windows I still use the aged tool WinSplit which brings the shortcut “CTRL+ALT+O” with it. This keeps the current window always on top of all other.

I wanted this functionality (and the shortcut) also on my laptop which is running Linux Mint.

This works without any additional software as the functionality is built-in and available via the context menu of every programme icon. 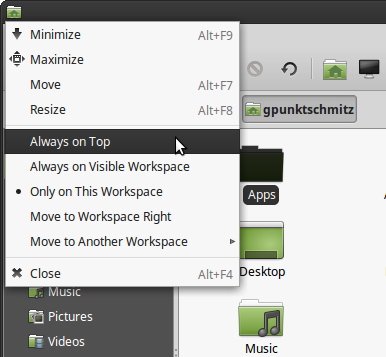 And a programme to add shortcuts exists also. 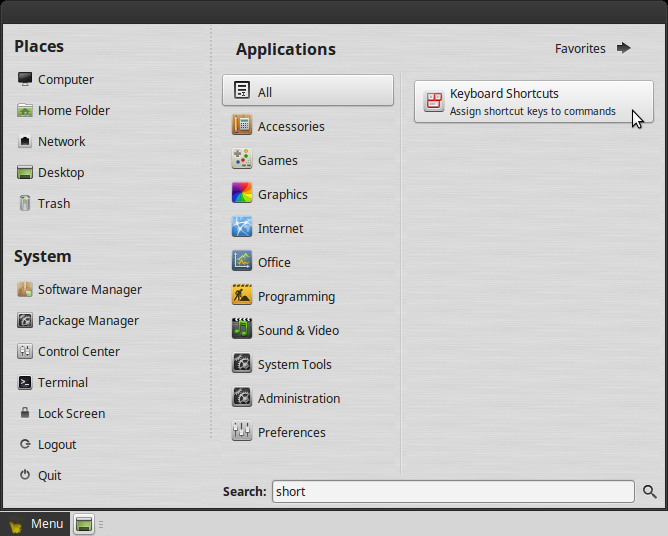 So, starting the programme “Keyboard Shortcuts” and click the “Add”-Button. 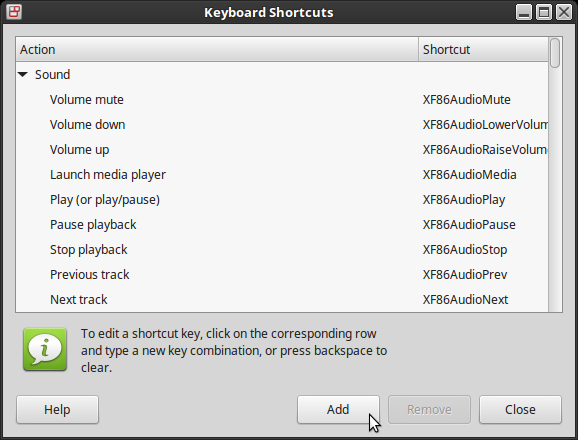 Entering a name and the following as the command: 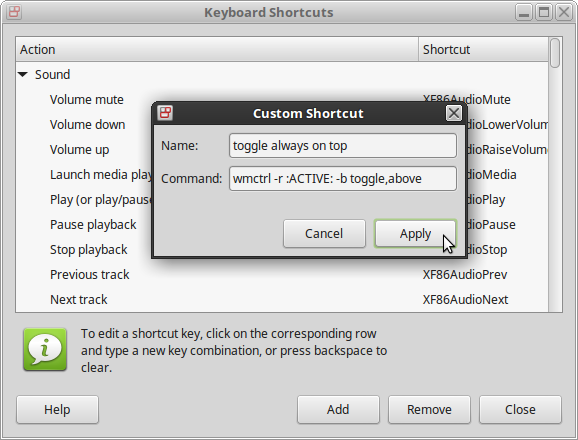 Once the shortcut is added you click on the column “Shortcut” of if (where it says “Disabled”). 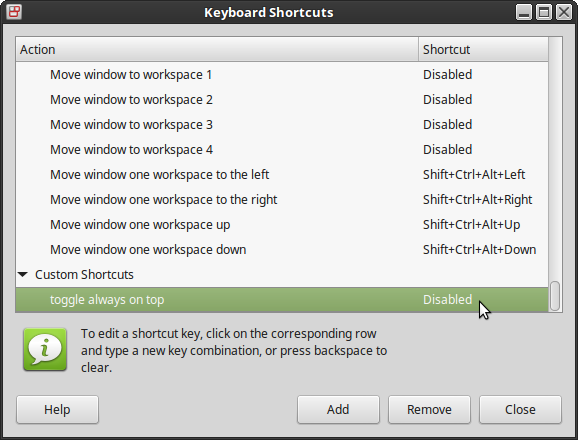 Now you can add the favoured shorcut by simply pressing it. 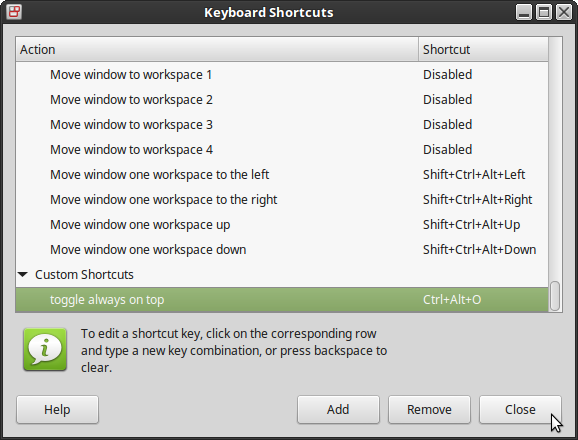 I just wanted to quickly automate a task using my favourite tool SikuliX. Therefore I had to make it press a key combination. Trial and error with the first web-results did not work.

First, because the syntax seems to have changed and second, because I ignored upper and lower case in my test scripts – which SikuliX does not.

Here are some examples of key combinations you can use in SikuliX:

When I was trying to set up a FileZilla Server using FTPS and the default settings I got the error “ECONNREFUSED – Connection refused by server”.

This was due to the default parameter for the IP address retrieval.

I’ve set up a script which returns the current public IP. 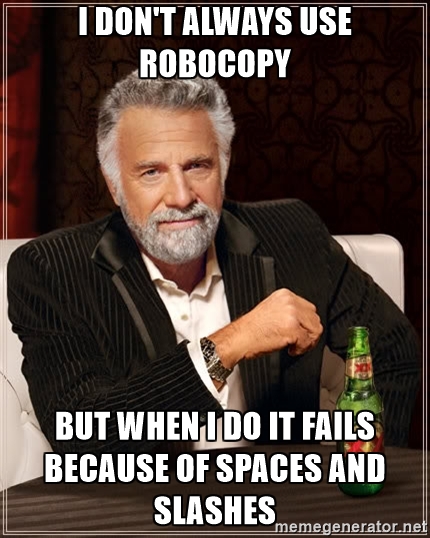 Using a current PowerShell with tab completion (the shell adds all quotes and spaces) you get the command:

And executing it you get the error message:

The solution is super easy, you simply remove the last backslash from source and target.

i originally created it for my private use only. but as some friends asked for the link i thought i could as well make it public.

using the iphone the streams are played with no additional software needed.

when you tap on one of the links you will be presented with a selection of apps that are supposed to be able to play those streams. install one of them and give it a try (i had issues with egofm lately .. dunno what’s wrong there).

as i don’t own an android device this is only a suggestion/wild guess as result of some google searches. there is an app named servestream which is said to support the streams.

as i couldn’t find a hint on howto uninstall Backup Exec 2014 Agent from my GUI-free Windows Core Servers here a short summary of how you can do it:

i found the “_Setup.exe” I was looking for in the following folder

to find out how to uninstall the agent i ran “_Setup.exe /?” on one of my other servers (which has a GUI):

and wait until the “_Setup”-process disappears in the taskmanager

stephanie from devolutions asked me to be in the devolutions expert team. as announced some days ago the expert team consists of currently 10 members (worldwide!).

i’m proud and thankful to be in the team and also want to thank devolutions for their great products and listening so well to their community!

i never thought of writing blog posts in german but i started some projects which apply only to germany and are not computer related. thus it would not make much sense to have them posted here in english only.

in case i find the time i will translate any upcoming posts and publish them on the german blog aswell.

you can find my german blog here:
http://de.gpunktschmitz.de